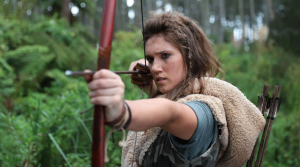 The show, which comprises three seasons of six episodes and targets kids aged 9-16, has aired on TVNZ2 and is programmed as early evening family viewing.

It centres around Rose, who wakes one day to find that the adults in her world have mysteriously vanished. She must then draw on all her courage to keep her siblings safe as dark forces begin to tear the world the grown-ups left behind apart.

The cast includes KJ Apa, who plays Archie in Riverdale, and Beulah Koale, who stars in the latest Hawaii Five-O reboot. Rose is played by Greta Gregory, who also stars in The Brokenwood Mysteries, a New Zealand production in its fifth series.

“Older kids love to be a little bit scared as they begin to question the world around them and challenge norms. The Cul de Sac offers a great deal of edge-of-seat (or behind the sofa!) excitement.”