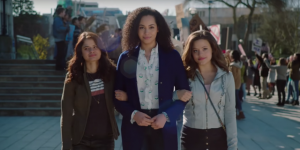 Other CBS titles to appear on the network will include Bull, the CBS and Amblin Television-produced drama, as well as Entertainment Tonight, The Late Show with Stephen Colbert and The Late Late Show with James Corden.

Alongside CBS titles, Blue Ant has also picked up The X Factor UK, which will air on the channel on the same day as the UK and remain on the network until 2020.

In the Philippines and Malaysia, Blue Ant Entertainment is the exclusive broadcaster of X Factor UK.

Beatrice Lee, CEO at Blue Ant Media Asia Pacific, said: “We have always remained committed to give our audience quality entertainment, and the best content for their enjoyment.

“Securing the multi-year exclusive rights to The X Factor UK and bringing in new shows and fresh seasons from one of the top American producers, CBS Studios International, are just one of the many investments we are very happy to make to further strengthen the programming lineup of our channels.”