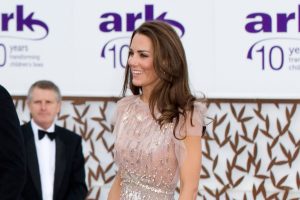 DRG has capitalized on the resurgence in royal interest during 2018 and announced three new deals for its regal shows. In a year with two royal weddings and the birth of a prince, DRG says it has sold three new shows to international broadcasters keen to get in on the action.

The three 60m shows are The Big Royal Weddings Extravaganza, which takes viewers through the royal wedding history books to explore the traditions, pageantry and secrets that have made each big day so special; Meghan Markle: How to be Royal – a fun and informative guide, detailing everything you need to know about joining the British royal family; and Prince Harry: From Hellraiser to Husband, which documents how the world’s most eligible bachelor has progressed from teenage pranks and wild parties, through to active military service and charity commitments to become the man he is today.

All three have been sold to Foxtel in Australia, while True Royalty TV, the new royal themed SVOD platform has also acquired the titles for its subscribers in the UK, Ireland, Canada and New Zealand.

Meanwhile the Prince Harry title was acquired by E! Latin America, while DirecTV in the region, along with Nippon TV in Japan, have both picked up the Meghan Markle property.

Tags: DRG, Meghan Markle: How to be Royal, Prince Harry: From Hellraiser to Husband, The Big Royal Weddings Extravaganza