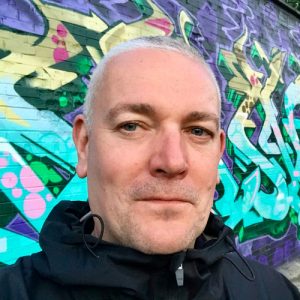 As part of the deal, BBC Studios will have a first look on distribution titles. Freedom says it will “be hiring further development staff in coming months, and will be supported by BBC Studios’ production, business, commercial affairs and distribution teams.”

Nick Betts, MD of scripted at BBC Studios Production, said the BBC was “Delighted to be announcing this exclusive partnership with Freedom and look forward to working with Mike on his incredibly exciting programme slate. This partnership strengthens our ties with the Scottish creative community and we hope to be able to work with Freedom to develop and produce outstanding content for local and global audiences.”

“We’re hoping to create something really special at Freedom, diverse drama and comedy with an inquisitive Scottish take, aspiring to entertain home and international audiences alike,” added Mike Ellen. “The partnership with BBC Studios is a massive boost and will help us compete in London and other territories, as well as giving us access to amazing experience and expertise. The BBC brand and reputation are respected wherever you go.”

It’s been announced that the first Freedom development with a UK broadcaster will be a A four-part drama centred on homelessness and one woman’s attempt to personally intervene is, written by Skins and Lucky Man writer Ben Schiffer.