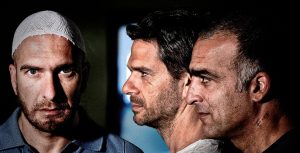 Keshet claims this is India’s first deal for a Hebrew language series.

Prisoners of War, the title that inspired Homeland, is a drama about three Israeli soldiers who were captured 17 years ago while on a secret mission.

Originally commissioned by Keshet Broadcasting, the story begins with their return home after years of negotiations for their freedom.

Created, written and directed by Gideon Raff, both series one and two of the title have been sold to Tata Sky.

The title has sold across territories including to the US on Hulu, and Sky Arts in the UK.

Arpit Agarwal, head of India and SAARC at Keshet International, said: “We are thrilled to have signed India’s very first deal for a Hebrew language series. Keshet’s original series has already proved to be a hit with audiences around the globe, and here in India, spawned Star TV’s highly acclaimed local adaptation POW – Bandi Yuddh Ke.”

Arun Unni, chief content officer at Tata Sky said, “In today’s day and age, both viewers and we look for access to good, intriguing content, irrespective of language barriers. In the past two years, Tata Sky has successfully brought hidden gems in content from across the globe to viewers in India.”