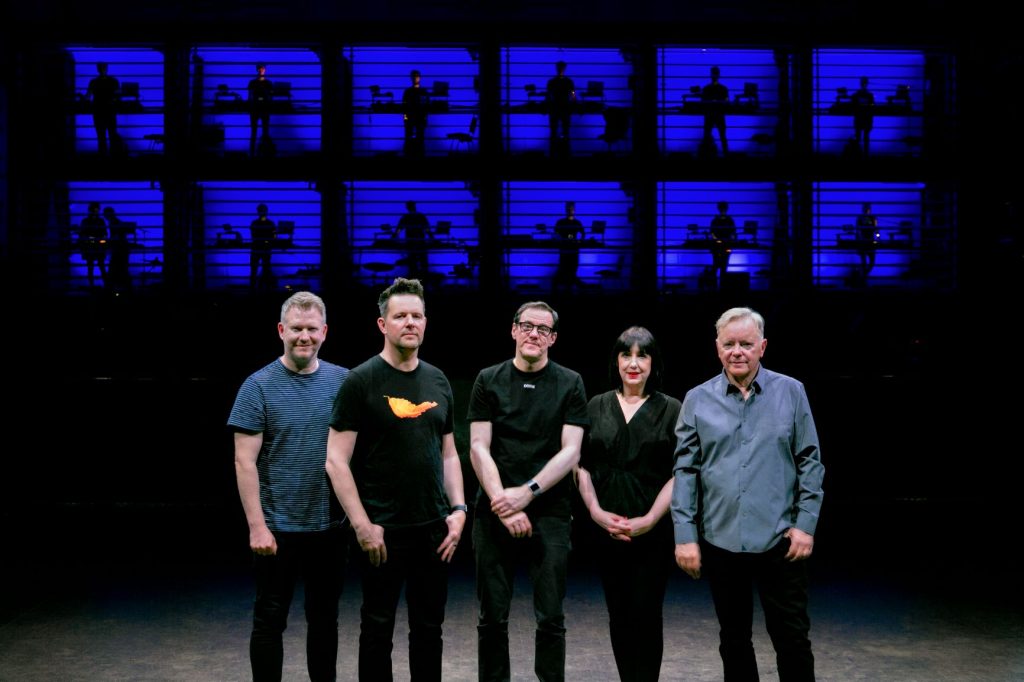 British factual indie Caravan has been commissioned by Sky Arts to produce a feature-length documentary film on one of the UK’s most iconic bands – New Order.

The premier of New Order: Decades, on September 22, will mark 40 years since the band’s first TV appearance. Part concert and part documentary, it follows the band’s preparations as they re-stage their acclaimed collaboration So It Goes with the artist Liam Gillick.

With full access to New Order and their collaborators including Gillick and art director Peter Saville, New Order: Decades is an  intimate celebration of their story and their music.

The title is produced by Mike Christie, the executive producer is Dinah Lord and it was commissioned by Bill Hobbins. It is a Caravan production for Sky Arts.

Christie said: “New Order: Decades really is a unique opportunity to get to the heart of a truly iconic and brilliant band.  New Order rarely look backwards, yet for this project they had to reflect on – and de-construct – their history.

“The insights feel fresh but also intimate, funny and revealing of a band who have often seemed mysterious and perhaps sometimes a little misunderstood over the last 40 years.”

Hobbins, commissioning editor, non-scripted, for Sky added: “The full-length New Order and Joy Division song performances featured in the film look and sound simply incredible. They also serve as a perfect cross section of the musical journey the band have undertaken in their career over the last four decades, and the perfect soundtrack to this very special film.”