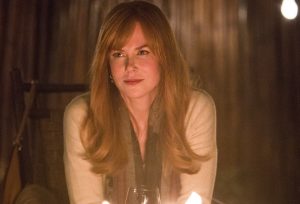 Amazon Prime Video has announced a number of new shows aimed at consolidating the service’s position among the prestige drama market.

The headline announcement is an October debut for The Romanoffs, the first new show from Mad Men creator and showrunner Matthew Weiner.

The original anthology series is set to premiere on Friday, 12th October on Amazon Prime Video.

Meanwhile Amazon is adding to its slate of literary adaptations with a new limited series from Nicole Kidman’s Blossom Films. The Expatriates, based on the novel by Janice Y K Lee, follows a group of transplants living in Hong Kong. The series is executive produced by Kidman and Per Saari for Blossom Films and Theresa Park for POW! Productions, with author Lee serving as consulting producer.

“After announcing our recent first look deal with Nicole and Blossom Films, we are thrilled to kick off this relationship by bringing this very popular novel from author Janice Y.K. Lee to Prime Video,” said Jennifer Salke, head of Amazon Studios.

The Expatriates marks another landmark series for Amazon Studios, which is pushing hard to develop female-centric, prestige dramas for its global streaming service. That policy carries on with the news of a two season order for horror event series THEM from executive producer Lena Waithe (The Chi, Dear White People), writer and executive producer Little Marvin, and executive producers Roy Lee, Miri Yoon, and Michael Connelly with Vertigo Prime.

Alongside that, Amazon has also revealed an extensive development partnership with the Russo Brothers’ AGBO Studios to deliver “a large-scope, multi-layered international event series.” The streamer also confirmed it has appointed two key creatives for its highly anticipated adaptation of The Lord of the Rings. JD Payne and Patrick McKay will helm the series, which is currently in development.