Commercial TV network Nine Entertainment this morning confirmed it had agreed a merger deal with one of Australia’s most venerable legacy media companies, Fairfax Media. 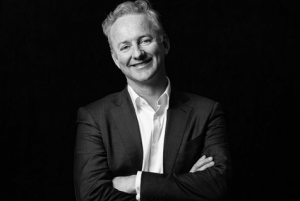 The deal will see Nine take a controlling 51.1% stake in Fairfax, and will create a company with a combined market value of $4.2bn. The company will take the Nine name and will be the country’s second biggest media conglomerate, after News Corp.

And while the deal still needs formal approval from the Australian Competition and Consumer Commission (ACCC) and agreement from shareholders, Nine’s decision to offer shareholders a 22% premium for their Fairfax shares should make that a formality.

The deal will likely have a seismic effect on Australia’s media landscape. The Fairfax name, a fixture in Aussie culture for over 150 years, will disappear, while some of the companies most significant properties will now be under review.

Fairfax currently has around 30% of the newspaper market in Australia. Under the deal, Nine will take control of Fairfax newspapers, notably The Sydney Morning Herald and The Age. It will also acquire the remaining 50% of the streaming platform Stan that it doesn’t own already, as well as Fairfax’s valuable 60% stake in real estate portal Domain. It will also acquire Fairfax’s radio properties through Macquarie Media.

Fairfax CEO Greg Hywood issued a memo to staff, saying that “Over the last eight years, Fairfax Media has gone from being at the mercy of the non-stop global media revolution to being the best of its breed. And that is why Nine wants to merge their business with ours.”

Nine CEO Hugh Marks (pictured) will run the new combined company, with Nine chairman Peter Costello remaining chairman. However, Hywood said “there will be plenty of Fairfax Media DNA in the merged company and the board”.

Reaction to the news has been mixed. Some Fairfax staff – particularly in its news gathering arm – have already publically voiced fears over job losses and the threat to editorial independence.

“It is a great disappointment and it’s very sad,” said Kate McClymont, the Sydney Morning Herald’s top investigative reporter. “I think everyone is shellshocked, I don’t think people saw this coming.

“The big concern for us as journalists at Fairfax is that [the company] has been around since 1831 and we’re proud of our independence. Our concern is will this be maintained? What is going to happen when the two companies merge? In some ways it’s disappointing to know that really our sole attraction was Stan and Domain, not our journalism.

“Having said that, it’s a media company we’re merging with and as long as we can be assured [our] journalism will remain unchanged and things such as advertising won’t be affecting the stories we cover, then I think we’ll just have to see if we can make the best of it.”