The former president of Sony Pictures Worldwide Networks, Andy Kaplan, has joined QYOU India as chairman of board of directors. 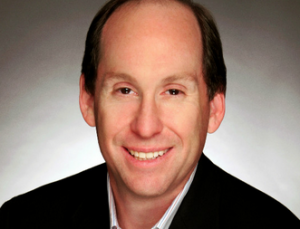 QYOU India is a newly formed subsidiary of QYOU Media, which delivers highly localised and curated digital-first video content to an Indian audience.

In his new role, Kaplan will leverage his extensive experience in leading television networks to work toward making QYOU India a premier destination for original, digital-first content in India.

Kaplan will also take a board observer position at QYOU Media, supporting development of the QYOU brand worldwide.

The exec spent over sixteen years at Sony Pictures leading its global television networks and related investments. He departed the company this February and was replaced by Keith Le Goy.

Under his leadership, Kaplan grew Sony Pictures Worldwide Networks’ portfolio from a handful of international channels to include some of the most popular digital media brands. He also turned Sony Pictures Networks India into one of the biggest media businesses in the rapidly growing market.

Curt Marvis, CEO and co-founder of QYOU Media, said: “From India to Latin America, Andy’s career is an accumulation of successful expansions into rapidly growing TV markets with fresh with compelling content.

“Over the past year, QYOU Media has built and maintained momentum with Q India. Andy’s appointment is important to shaping the next stage of our growth by offering strategic insight and a deep knowledge of the Indian TV market.”