Greg Goldman (pictured) is stepping down as president of Undercover Boss producer Studio Lambert USA, with Jack Burgess taking acting responsibility for the US business. 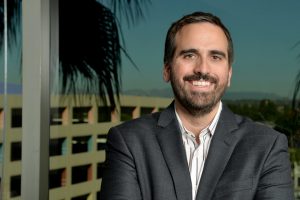 Burgess, who joined the US business in April from the company’s London headquarters, is now SVP of development. He will work closely with CEO Stephen Lambert to take on Goldman’s role in the interim.

Goldman, who joined the All3Media-backed five years ago, had a previous deal with Renegade 83 and before that he was EVP of development and current at RDF USA.

Studio Lambert is currently in production of the first season of sci-fi thriller The Feed, a ten episode series for Amazon and Liberty Global, from showrunner Channing Powell (The Walking Dead).

The company’s UK unscripted division is producing The Circle, Channel 4’s reality show, which will launch later this year, as well as the twelfth season of hit title Gogglebox.

“I want to thank Greg for the many ways he has driven our business in the US, especially overseeing the launch of the celebrity version of Undercover Boss, which recently completed a strong first season on CBS,” said Lambert.  “Greg wants to pursue new challenges and I wish him great success in the future.”

Lambert also said he was happy that Burgess was in a position to take acting responsibility of the US business as he looks to develop the territory further.

“We have enjoyed considerable success recently in the UK, both in scripted and unscripted, and now I want to focus on developing further our American business. Jack’s experience of running development in the UK will help us to join up the two sides of our company,” he said.