All3Media Group’s Studio Lambert has promoted Niall O’Driscoll (pictured) to head of UK unscripted development, as his predecessor Jack Burgess becomes senior vice president of development and current in the US. 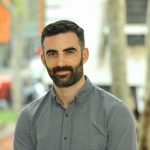 As head of UK unscripted development, O’Driscoll will continue the company strategy by developing returning formats across all UK broadcasters. The change will take place with immediate effect.

To maximise collaboration between the company’s UK and US unscripted development teams, Burgess will also continue to report to Harcourt.

O’Driscoll has acted as a senior executive in Studio Lambert’s development team since 2014 and developed shows such as Tattoo Fixers, Big Life Fix and Naked Attraction as well as Buy it Now, Top of the Shop with Tom Kerridge and Nightmare Pets SOS, which all launch this week.

Harcourt said: “Niall’s promotion is well deserved. Time and time again he has displayed that rare creative ability to take a simple notion or idea and turn it into a format that a broadcaster can get behind. He loves television and I trust and rely upon his taste.”