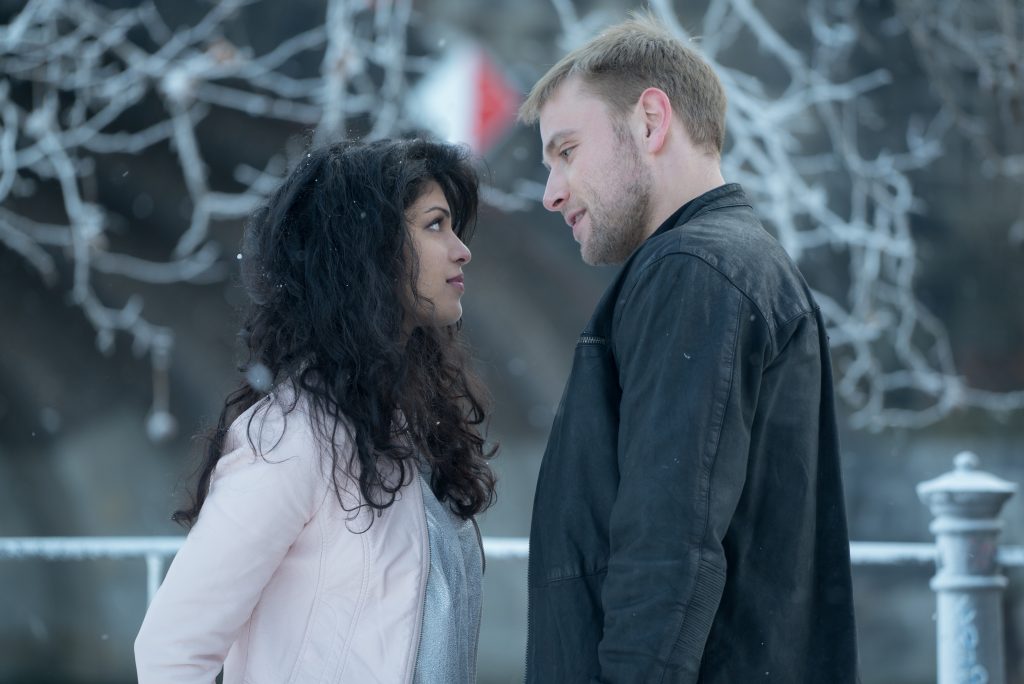 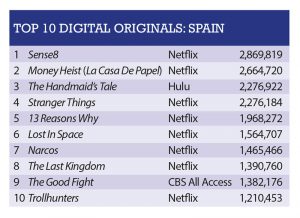 Sense8 reached its end on June 10, despite fan protest to keep the title going. It was highly demanded in Spain gaining 2.8 million demand expressions and coming in first place on the digital originals list and second on the overall TV shows list.

Netflix received a backlash this time last year when it cancelled the title. This June’s two-hour special was an offering to the die-hard fans of the series, giving them a chance to give a proper goodbye to the title.

Spanish original La Casa De Papel (Money Heist) also performed well in the territory, gaining over 2.6 million demand expressions and coming in second place in the digital top ten list and fourth in the overall top ten list. The title beat common favourites such as 13 Reasons Why and The Walking Dead in the demand lists.

Spain’s digital top ten list was dominated by Netflix titles such as Stranger Things, Lost In Space and Narcos. Hulu’s The Handmaid’s Tale did make it to the third spot, however, following the launch of its second season.

Netflix Guillermo del Toro animation Trollhunters makes an appearance on the list in tenth place. Animated series are not commonly placed in the digital on-demand list, but the title’s demand may have been bolstered by the high-profile director behind it. 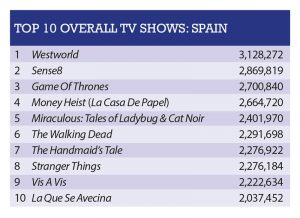 The overall list features more Spanish-language titles than its digital counterpart, including Vis A Vis and La Que Se Avecina in ninth and tenth place.

Game of Thrones is placed third on the list, drawing 2.7 million demand expressions despite having finished it seventh season in August 2017.