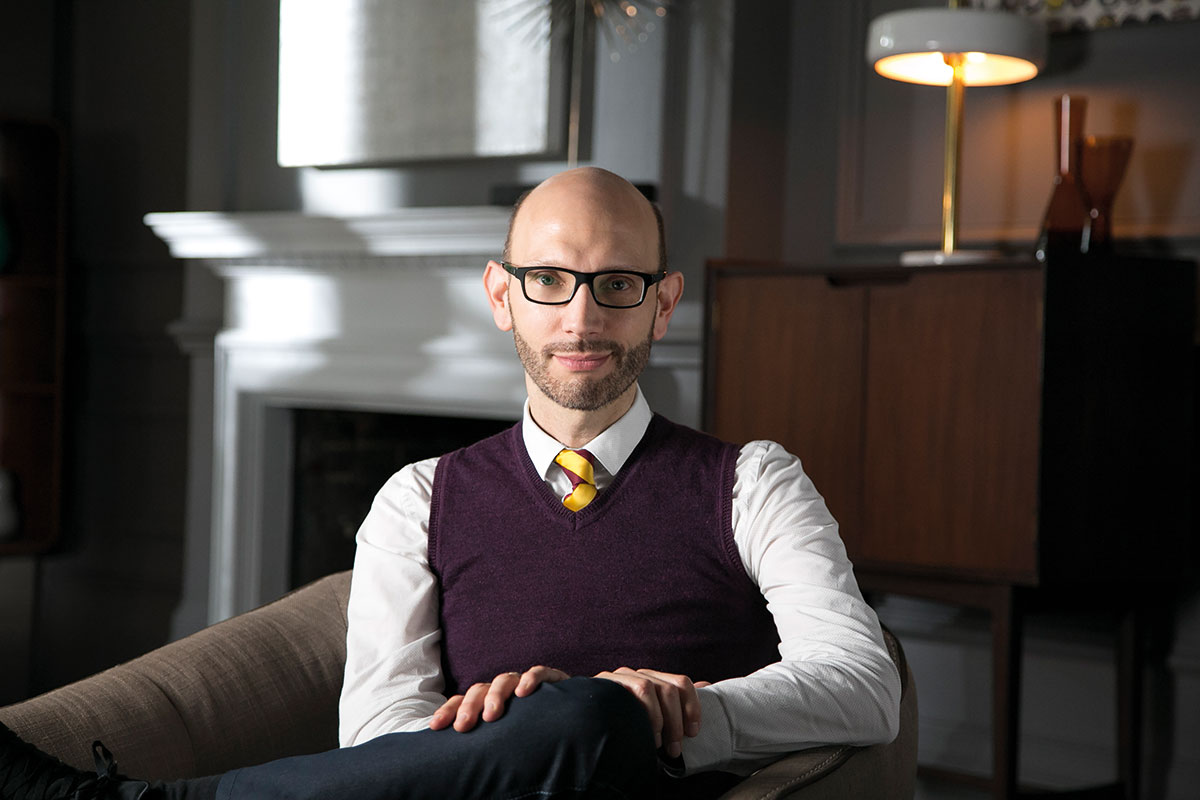 Walter Iuzzolino, the face of and name behind Walter Presents, has walked an unusual path to reach his current role in scripted television. Growing up in Italy watching telenovelas and European dramas, he moved to the UK as a young man to follow dreams of writing and directing.

After landing a job on Channel 4’s popular counter-cultural magazine show Eurotrash, he led a successful career as a factual TV commissioner and producer. However, his desire to return to his passion, high-end drama, meant that when an earn-out at UK unscripted indie Betty ended in 2013, he approached Jo McGrath and Jason Thorp to join him to create Global Series Network in order to design a platform dedicated to non-English scripted shows of all genres from around the world…

Three years after Walter Iuzzolino had begun his journey, a former employer, Channel 4, signed on to back an advertiser-funded VOD service that bore his name (a branding expert at the broadcaster saw how his marketing pitches could work as a bridge between show and viewer, and convinced him to use his name on the service).

Walter Presents launched in January 2016, and its flagship show, Deutschland 83, quickly became the most-watched non-English-language drama of all time in the UK on Channel 4.

The service fast wracked up streaming hours, and was soon launched as an SVOD service in the US and a pay TV joint venture with Foxtel in Australia.

More international launches will follow, as the service carves out a special position in the international drama buying market. Here, Iuzzolino tells TBI about the moments, organisations and people that have influenced his career.

The shows I watched growing up
All through my childhood and to my early time in the UK, there wasn’t a lot of TV drama that inspired me. There was a lot of dubbed television drama in Italy from around the world, so I would relish terrible telenovelas and cop shows from Germany, but actually I loved cinema. I grew up obsessed by Pedro Almodovar, Stephen Frears, Jean-Luc Godard, Francois Truffaut and more contemporary French directors like Francois Ozon. That cinema was brilliant – commercial, fun, but overly intellectual but intelligent, and I adored all of that and watched a lot of it. Then something interesting happened with The Sopranos: it was the tipping point where that space that Almodovar and Ozon had occupied just migrated on to the small screen. That was a real inspiration. TV drama now occupies a space that was once occupied by independent cinema.

My relationship with drama film and TV over the years
Drama was my entry point into the industry, and then became what I did, though there was a significant gap between the points where I was doing factual. My background academically is in storytelling and literature: my PhD is on Henry James and writing. When I moved to the UK 23 years ago my first jobs were as a script reader for British Screen and Pathé, and I loved it. It was six months where I was just reading tons of scripts, and it was probably the best training I ever got. People ask how I got into drama, and I don’t really know, as I was more of a passionate viewer, more than a producer of commissioner. However, in those months where I was reading, £10 (US$14) per script, I would try to read three a day and then write in-depth reports. What was brilliant was that these scripts were of a significant calibre, very polished, and I was able to refine my understanding of plot, cast, cost and financing. Bit by bit, I was able to internalise structure. It’s like moving to a new country: it won’t make sense for a while, but all of a sudden it clicks. 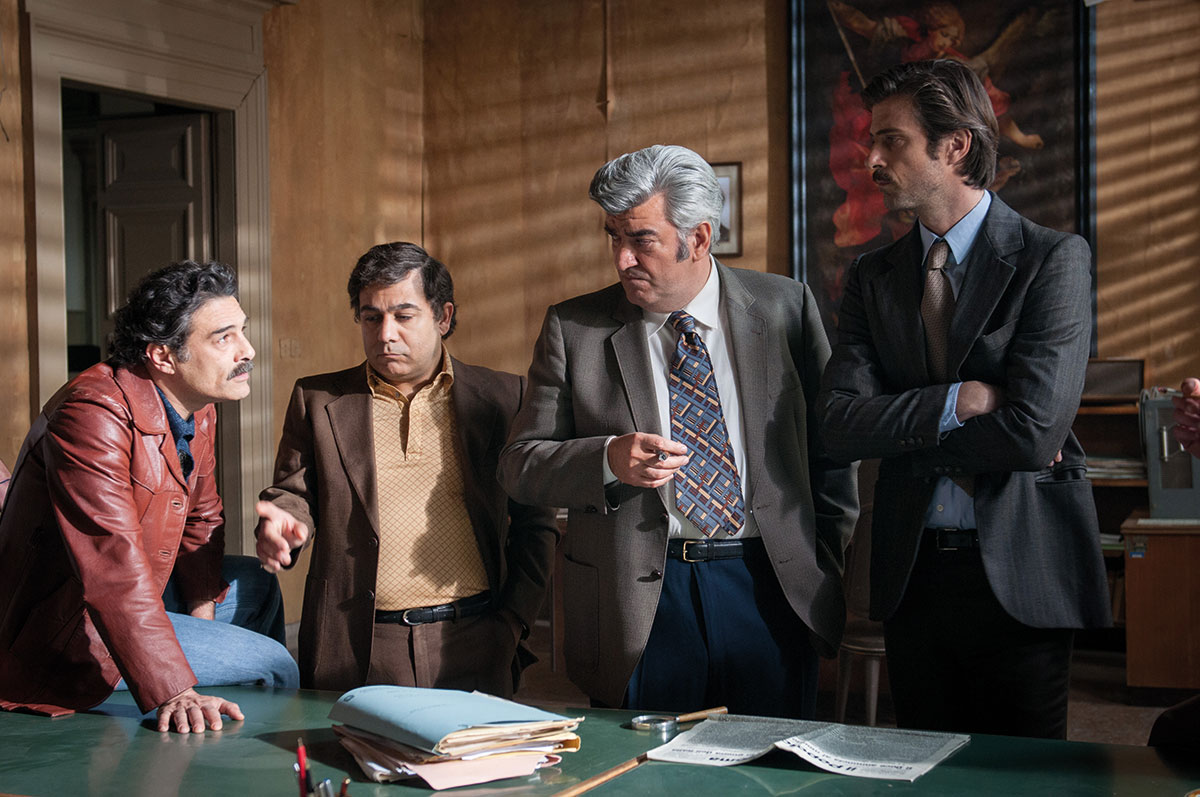 The moment I knew Walter Presents could work
The most significant moment didn’t actually come from drama – it has nothing to do with The Killing or Spiral, but it was Janice Hadlow [former BBC channels controller] buying a beautiful six-part access documentary from a French director, The House of Chanel. It’s one of the best pieces of television I’ve ever seen – so moving. I remember thinking it was genius to have bought it, then subtitled it and played it in the context of a fashion season on an interesting channel. That made me think there was a channel for the best of what we do not see.

How television tastes have changed
When I came to the UK I couldn’t believe that you couldn’t find foreign language drama on television. It’s extraordinary that it has changed so much now; TV culture has become truly global, and it will become more so, and it’s wonderful that there are Facebook groups who know more about my shows than me. This has happened largely through Netflix and Google, which allows you to search knowledge in a way you couldn’t before. Today, hungry viewers with notions about where the best stories come from will find them.

Why the drama industry remains adverse to risk
Broadcasters and the gatekeepers of transmission are often more conservative than their audiences. It’s understandable because they’re under pressure to rate, but it’s sometimes ridiculous. When I was in factual remember someone saying to me that fish would never rate. What does that even mean?

When I was launching Walter Presents someone said to me Deutschland 83 would never rate because German is an ‘ugly’ language. Is it? So German will never rate, but Danish or French will? The generalisations inside a broadcaster are staggering sometimes, and it takes real visionaries to try new things.

Luckily, there are many working in the industry. I’d say 25% of a schedule should take risks.

The advice I turn to again and again
The best advice I’ve been found comes from the late author Henry James, which is, ‘it’s time to start living the life you’ve imagined’. I thought about that, and decided I had to take some time and do this.

What I want to change
Along with launching Walter Presents, the other thing I want to do is break that stranglehold that there are only about ten employable writers in the UK. I try to make it a point of honour to work with new people – it’s much more interesting to go broader and wider. It’s all driven by the anxiety that if things don’t work you’re spending a lot of money and using screen time, and it is your career on the line. It’s a safety net to always go to the person who will rate and get awards, and creates a cultural cul-de-sac that assassinates the industry. It’s time to be bolder and back new talent.