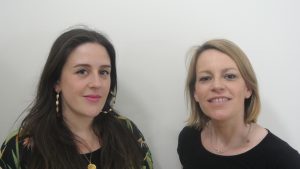 Little Gem has appointed former Lime Pictures exec Harriet Dormer as its new head of production and promoted Rachel Harris to the newly created role as head of development.

The news arrives after the recent appointment of Kate Maddigan as its new head of entertainment.

Dormer has freelanced as a production manager across a variety of shows over the years including Friday Night Project, Jamie Saves Our Bacon, Channel 4’s Alternative Election Night and Paul O’Grady Live.

Most recently Dormer was the executive of production at Lime Pictures.

Harris has been promoted to a newly created role as head of development, where she will help to generate new business and oversee the development team and slate. She was previously senior development producer at Little Gem.

She has a previous development background at the likes of Twofour, Twenty Twenty, Betty, Outline, Keo and the BBC – where she helped to secure a raft of commissions including The Hoarder Next Door, Great British Garden Revival, Health Freaks and one-off specials such as Save Money, Lose Weight.

Ben Gale, CEO at Little Gem, said: “Both Harriet and Rachel have a wealth of experience and are extremely talented, creative people. I know they’ll bring their enthusiasm and drive to these roles and will be a great asset to the team.”