A&E Network is to premiere its original ‘Biography’ documentary special David Cassidy: The Last Session on June 11 at 9pm ET/PT. 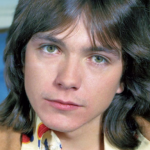 Produced by Left/Right, a Red Arrow Studios company, the film chronicles the last few months before the pop icon’s death when he went back into the recording studio for the last time. During this period, he talked openly about his chronic alcoholism, which may have triggered the onset of dementia and his sudden decline.

“David Cassidy was one of the most beloved teen icons of his time, experiencing an unfathomable amount of fame at such a young age,” said Elaine Frontain Bryant, EVP and head of programming, A&E Network.

“Our newly relaunched Biography franchise is dedicated to bringing viewers the complete, inside narrative and that shines through during this very personal and humanising documentary celebrating David’s life and his amazing contributions to music.”

For the first half of the 1970s Cassidy was one of the world’s biggest rock stars, breaking venue attendance records internationally and reaching a level of fame that rivalled The Beatles and Elvis Presley.

The documentary explores this level of celebrity from the inside and includes interviews with Alice Cooper; ‘The Partridge Family’ stars Danny Bonaduce and Brian Forster and many others whose paths crossed with Cassidy during this career. It also follows Cassidy as he records his final EP “Songs My Father Taught Me: The Last Sessions”.