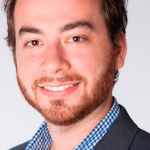 The new exec joins Leftfield following his five-year tenure at Scripps Networks, where he served as vice president of development across Food Network, Cooking Channel and Travel Channel.

Prior to Scripps, Schechter was a producer at Animal Planet. He began his career in children’s television at Discovery Kids.

Witt and Palek said: “Andrew is an integral piece of the Leftfield Pictures strategy as the label continues to bolster its growing slate. His creativity and proven track record across multiple genres are invaluable assets as we usher in a new chapter of disruptive content.”