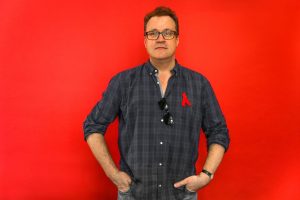 Doctor Who’s Russell T Davies is set to write new BBC One drama Years and Years, which follows the lives of a family in a dystopian British society.

Commissioned for BBC One, Years and Years will be produced by Red Production Company and executive produced by Nicola Shindler (Happy Valley).

The title follows a Manchester family, the Lyons, across 15 years as the world disintegrates as Britain withdraws from Europe and international politics becomes all the more complex.

It marks the ninth collaboration between screenwriter Davies and Schindler, whose working relationship spans over 20 years. The duo have previously created hits such as Queer As Folk and The Second Coming.

Lucy Richer will exec produce for the BBC and the series producer will be Karen Lewis.

Davies said: “I’ve wanted to write this for 20 years or so. And as the world accelerates like crazy around us, I realised I’d better get on with it! It’s a joy to be back home with Red, and an honour to be on BBC One.”

Shindler said: “I’m thrilled to have the opportunity to work with Russell again, and Years and Years is an incredibly exciting story to bring to the screen. The script is fantastic, and taps into the anxieties of the climate we are currently living in, speculating how the dynamics of cultural and political change affects our lives – and the lives of our families.”