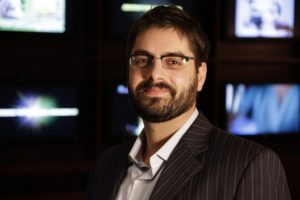 National Geographic Channel’s Tim Pastore (pictured) is to depart his role as president of original programming and production.

Pastore will formally depart the company from June 1. He has been in his programming role for four years.

Pastore has said in a memo to Nat Geo staff that he’s decided to leave the company to “pursue new opportunities”.

Highlights from his tenure include his participation in series Life Below Zero, Mars and One Strange Rock, as well as launching a documentary film banner.

CEO Courteney Monroe said the below in an internal memo to staff:

I wanted to share within the broader NGP family the following note from Tim Pastore. Tim has let me know that, after four years as our president of programming, he will be leaving the channels.

It goes without saying that Tim was an instrumental part of our transformation, and I will be forever grateful to Tim and his team for dedicating themselves to our new programming vision.

I want to wish Tim all the best in his new pursuits, and I take him at his word that our paths will cross again, hopefully in the very near future!

In the interim, I have asked Geoff Daniels to step into Tim’s role, overseeing unscripted content for both National Geographic Channel and Nat Geo WILD (in addition to overseeing Kids), while I spend the next few months determining who will fill the role permanently. Carolyn Bernstein will continue to report to me, overseeing scripted content.

I know change is hard, especially at a time when we face uncertainty as a company, but rest assured that Geoff and I both have a clear vision for what we need to do and we are excited, as we enter a new fiscal year, to continue along our transformational path.

As always, I am happy to answer any questions.