BET Network’s chairman and CEO Debra Lee is to exit the network on May 28. 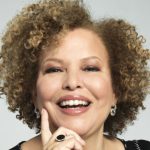 BET owner Viacom has laid the groundwork for her departure for some time, making Scott M. Mills BET president in December . He was placed to lead on strategy and day-to-day operations with Lee advising.

Lee joined the company as vice president of general counsel in 1986 and has since remained with the company for over three decades ultimately becoming chairman in 2005.

Titles launched under Lee include The Game, Being Mary Jane and In Contempt.

Lee said: “In 1986 I joined BET Networks to be its very first in-house counsel. As a young corporate attorney I saw my role as the protector of the BET brand and its employees and today, more than 32 years later, I still see myself as the protector and defender of a brand that I have helped to grow as a top destination for audiences across the globe. I have called BET Networks home for over three decades and this team is part of my extended family.”

She also thanked Viacom and its CEO Bob Bakish, “for their continued belief in the power of the BET brand and their unwavering support of my long and fulfilling career.”

Debra’s vision and creativity have cemented BET Networks as a premier network for African Americans and lovers of black culture.

As BET continues to move forward, we will always be grateful to Debra for her leadership and commitment to creating top-notch entertainment that both entertains and empowers. Her passion for the BET brand has resulted in countless wins and has allowed BET to stay competitive in a growing media landscape.

While we will all miss Debra tremendously, we respect her decision and understand her desire to leave at the very top of the game with a legacy of significant contributions that spans decades.

I have seen first-hand how the network has grown under her direction, and I know that she will bring that same innovative thinking and strategic vision to her future pursuits. Debra has groomed an amazing group of senior executives, and I am confident that BET Networks will continue to flourish under their leadership.