Richard Gere is set to star in upcoming BBC drama MotherFatherSon, after a break of three decades from the medium. 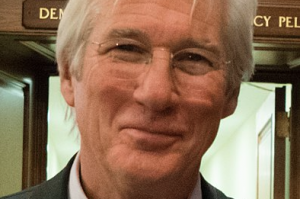 The eight-part original drama was created and written by Tom Rob Smith (The Assassination of Gianni Versace: American Crime Story) and will be made by BBC Studios for BBC Two.

Gere will play Max, a charismatic self-made American businessman with media outlets in London and around the world. He joins Helen McCrory who plays a British heiress astranged from Max following the breakdown of their marriage.

“It’s been almost 30 years since I worked in television. I’m so pleased to be working now with the BBC on this extraordinary eight hour project with such talented people and which resonates so much to the time we live in,” said Gere.

The title was commissioned by Patrick Holland, channel controller of BBC Two. James Kent will be lead director and the series will be produced by Sharon Bloom and Lisa Osborne.

MotherFatherSon will be distributed internationally by BBC Studios. Filming will begin this summer in London and on location in Spain.

Last week, it was announced that Ray Winstone is to make his factual TV debut Ray Winstone’s World: Sicily, highlighting a trend which is seeing major film stars making their move to TV.