British actor Ray Winstone is to front his first ever factual TV series Ray Winstone’s World: Sicily, which will be a 6×60 minute travelogue about the Italian island. 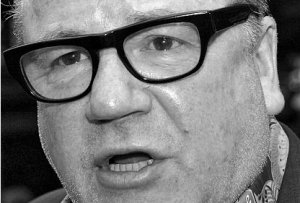 It is currently in production and being financed by Banijay Rights, the distribution arm of Banijay Group, and producer SWR Media in association with Dash Pictures.

Winstone, who has starred in films by directors such as Martin Scorsese and Steven Spielberg, has made Sicily his second home in his downtime.

He’ll travel the length of the island alongside long-time friend, restauranteur Bruno Zoccola, and sports broadcaster Matthew Lorenzo. With local characters and new-found friends as their guides, they make their discoveries via Sicilian homes, kitchens, churches, temples and vineyards.

Winstone said: “I’ve been lucky enough to travel the world with my work, but Sicily has really got under my skin and I want to find out why – it’s something to do with the people you meet and finding a place that hasn’t been spoiled. I hope this helps people see Sicily and say ‘I want to go there’.”

Andreas Lemos, VP sales & acquisitions North America at Banijay, said: “We were immediately attracted to this project because of Ray’s transcendent international profile.

“It also felt like a distinctive, accessible take on the travel show with a really creative and entertaining entry point. Needless to say there’s already been a lot of pre-sale interest for the show.”