MTG has upped its stake in Zoomin.TV from 51% to 100% after agreeing to buy out the digital video network’s founders Jan Riemens and Bram Bloemberg. 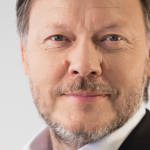 MTG acquired the remaining 49% of Zoomin.TV from Adversa Media Groep, which is controlled by Riemens and Bloemberg, paying a cash consideration of €6.2 million and settling Adversa’s €11.3 million of shareholder loans to Zoomin.TV.

Riemens and Bram Bloemberg has been serving, respectively, as chief executive and chief financial officers of Zoomin.TV, but with the deal have stepped down to pursue new opportunities.

MTG today announced that Roger Lodewick, a former executive at TEAM Marketing who was responsible for the sale of UEFA Champions League and Europa League Media rights, will take over as CEO.

Andreas Walker, who has previously held a number of senior roles for MTG, RTL and MTG subsidiary ESL, has been appointed as Zoomin.TV’s new CFO.

“After all these years and the many successes, the farewell does evoke emotions, but it is good to transfer the management to a new team that will lead Zoomin.TV into a new phase”, said Riemens

Amsterdam-headquartered Zoomin.TV, which was first founded in 2002, publishes online video content targeted at ‘generation Z’ viewers and claims to generate around 3.2 billion video views per month.

The company has 16 offices on four continents and has a global network of some 3,500 freelance video journalists. Zoomin.TV was a launch content provider for the Facebook Watch platform last year and also has a partnership in place with Tencent in China.

MTG initially acquired 51% of Zoomin.TV in July 2015 for roughly €44.9 million. It bought the stake based on an enterprise value of €88 million, with the deal part of the firm’s strategy to invest in “relevant, complementary and scalable digital brands, content and communities.”

MTG bought the original stake from Adversa and Evalue and said that the takeover of the remaining shares is in accordance with the previous agreements with Adversa.

“Every day, Zoomin.TV delivers hundreds of videos from around the world that inspire Generation Z,” said MTG president and CEO Jørgen Madsen Lindemann (pictured). “These unique stories have made the company one of the world’s largest online video publishers, and now we will work more closely with Zoomin.TV to reach even more of the world’s most passionate audiences.”

The news comes a week after MTG completed the sale of its 75% holding in youth broadcaster Trace for a total cash consideration of €30 million (approximately SEK 313 million).

MTG agreed to sell its majority stake in Trace in January and since then has announced the sale of its 95% shareholding in Bulgaria’s Nova Broadcasting Group to investment company PPF Group.

The moves mark MTG’s ongoing strategic transformation from a traditional national broadcaster to a global digital entertainer. Last year it also sold its Czech TV assets for €116 million and its Baltic broadcasting business for €100 million.

Separately, MTG held its annual general meeting (AGM) in Stockholm yesterday where it voted to support all the resolutions that the board and nomination committee proposed to the meeting – including the payment of an annual ordinary dividend of SEK 12.50 per share to shareholders on May 29.

At the AGM board members Joakim Andersson, David Chance, Simon Duffy, Donata Hopfen, John Lagerling and Natalie Tydeman were re-elected, as was chairman of the board David Chance. New board member Gerhard Florin was also elected.