Among the deals, Fox Networks Latin America has acquired the rights to Animal, a thriller from VIMN Americas’ Argentine broadcaster Telefe. Elsewhere, Colombian channel Caracol Televisión has inked a deal for 60-episode tween telenovela Vikki RPM, a new take on the classic Romeo and Juliet love story that takes place at a racetrack.

In other deals, Netflix in Latin America has picked up a co-production between VIMN Americas-owned Porta dos Fundos and Comedy Central about a failed import/export company that tries to restructure into an internet video production business to satisfy its debts.

There is also a co-production agreement between Nickelodeon and Rainbow Group in Italy for Club 57, a time-travelling musical series about a science-loving girl who accidently travels back to 1957. 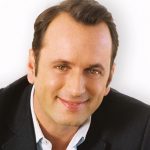 production and sales forces last year, our focus has been on creating the highest-quality Spanish and Portuguese language content and expanding our distribution beyond Latin America, making the new Viacom International Studios a true global player in Latin American original content.  These partnerships are testament to the power of our brands and strength of our original productions.”