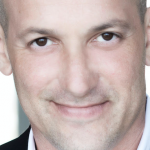 The deal will include identifying, developing and producing premium international programming across a wide spectrum of genres for the global marketplace.

Aranya experience setting up scripted shows for US studios and networks that are developed from overseas and international scripted formats. This includes the development of Hostages, based on the Israeli format Bnei Aruba and produced by Warner Bros TV.

Currently, Aranya is collaborating on several projects with CBS Television Studios, including serving as an executive producer on Your Honor based on the Israeli format Kvodo, which has a series commitment at Showtime.

“We are thrilled to be working with Alon again. We share a mutual curiosity for smart, diverse storytelling and look forward to finding new ways we can bring projects to global audiences in this rapidly changing content landscape,” said Meghan Lyvers, senior vice president of co-productions and development at CBS Studios International.

“With more platforms and more demand for programming, it’s an exciting time to be in our business, and Alon is a terrific partner in this journey.”