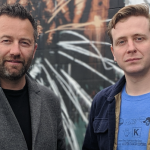 Based in Glasgow, Very Nice aims to produce innovative titles across platforms.

Robertson was previously creative director at STV, and moved on the Mentorn Media as head of entertainment where he oversaw commissions and development of new formats.

Imbert started working digital video at Endemol in 2007. For the past ten years he has worked in development on multiple platforms across Princess, Endemol Shine, Little Dot, Keshet, STV and ITV and worked as a producer on shows such as Big Brother, Britain’s Got Talent and Robot Wars.

“Between Henry and I, we have a huge amount of production experience and we want to build on that and make great shows that are both innovative and exciting, and we’re keen to work alongside other Scottish indies in the future.”

Imbert, now creative director, added: “Innovative entertainment formats are our sole focus. We are dedicated to building the business to provide exciting and subversive cross-platform formats.”