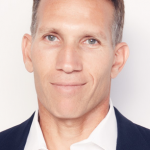 The move will be effective from April 26, 2018. Margo Georgiadis, who has acted as CEO for just over a year, has stepped down to become CEO at Ancestry, the consumer genomics company.

Georgiadis will serve in an advisory role at Mattel through to May 10, to ensure a smooth transition.

Kreiz will also become chairman of the board, effective upon his election at the 2018 Annual Meeting of Stockholders on May 17.

Kreiz is the former chairman and CEO of Maker Studios, which he departed after Disney’s acquisition of the company in 2015.

He has also previously served as chairman and CEO of Endemol Group.

“Ynon has tremendous expertise across areas critical to our strategy, including digital, media and entertainment, and we have already benefitted from that experience and his compelling vision for the company since he became a director,” said Sinclair.

“Ynon has excelled at anticipating industry trends and brings an outstanding track record of innovation and success, with over 20 years of experience in the media and entertainment industries, including particularly deep experience in children’s entertainment.

“We are pleased he has agreed to take on this new role and are confident he and Margo will ensure a seamless transition given their strong relationship.”