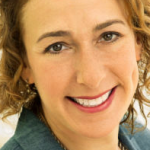 This expands Latman’s portfolio, which also sees her serve as executive vice president for development and research at Investigation Discovery (ID) and American Heroes Channel.

Latman is also general manager for Destination America. She has worked with Discovery since 2003.

The move arrives after former Travel Channel GM Allison Page was made president of HGTV and Food Network this month.

During this time the group president of Investigation Discovery, American Heroes Channel and Destination America, Henry Schleiff, also added the Travel Channel to his portfolio. Latman will now report to Schleiff.

“Jane is an unrivaled force in the television industry whose visionary creativity, natural leadership skills and passionate belief in collaboration make her one of the most, deservedly, respected executives in the industry,” said Schleiff.

“I’m continually impressed by her ability to cultivate content that converts viewers into passionate fans – and, move a brand forward – a trait that will undoubtedly make her a successful steward at Travel Channel.”