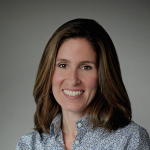 National Geographic has announced a string of new titles across its channels including a Ridley Scott drama and a double factual order from the UK’s Plimsoll Productions.

The Hot Zone, is a scripted series based on Richard Preston’s best selling book about the Ebola Virus, which will be executive produced by Ridley Scott. Lynda Obst Productions and Fox 21 Television Studios are to produce the series.

Nat Geo has also confirmed three projects currently in development including Hidden Figures, which tells the stories of overlooked individuals who have made an impact in science and technology.

Joining the title is The White House Detail, based on the firsthand account of Clint Hill, the Secret Service agent who is best known for leaping onto the back of JFK’s limousine during the assassination in Dallas.

The third project is Ten Borders, a six-part limited series from Paramount Television, Scott Free Productions, Tom McCarthy and Greg Walker. It centers on five unrelated individuals who are pulled into one another’s lives through the mass exodus of humanity from wartorn Syria.

Nat Geo has also ordered Hostile Planet and Yellowstone Live from Plimsoll. Hostile Planet is a natural history landmark that takes an unflinching look at the volatility of our planet and the resilient animals that survive extreme habitats.

Yellowstone Live is a four-night, live view of the USA’s most iconic wilderness.

The network has also greenlit the docu-series In Their Own Words, which looks at the world’s most iconic events and figures through exclusive audio and film recordings of the time. This follows the Tom Jennings doc Diana: In Her Own Words, which appeared last year.

The network has acquired documentary film Science Fair, a 2018 SXSW and Sundance winner, which looks at the lives of rising innovators.

“Although the subjects and narratives we’re announcing are diverse, they all share our organic brand DNA, bringing our audience fact-based, globally relevant stories that are enthralling, engaging and, above all else, entertaining.”