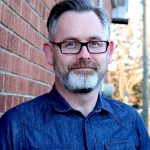 The new position was created as the company expands its unscripted content, with a focus on creating original formats for a global audience and tailoring international formats for North America.

Connolly will have an immediate focus on expanding BGM’s business into the US.

The exec joined BGM’s executive team as a development consultant in May 2017. Since then he has been working directly with BGM’s VP of content Marlo Miazga, and the duo have greenlighted It’s My Party for Canada’s TVO and Haunted Hospitals to services in the UK and Canada.

Connolly has worked in a range of unscripted roles in Canada for firms such as Proper Television, Our House Media and Marblemedia. He also previously ran his own company, Gorilla Media, where he created the format Make the Politician Work for Canada’s CBC, which has been optioned in ten territories worldwide.