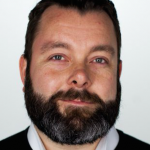 Regan has been leading Remedy in Scotland, during which time he’s overseen and executive-produced shows such as Channel 4’s rebooted quiz show Fifteen to One.

Prior to working at the Argonon Group-owned produce, he was at FremantleMedia in a central international role aimed at creating entertainment and factual brands.

STV managing director Alan Clements said Regan would “add further strength to the business and continue to score commissions in the daytime and popular factual genre”.

It in the drama space, it is behind shows such as BBC One thriller The Victim and former ITV dramas Taggart and Rebus.

It also has a strategic development partnership with Motion Content Group.