Keshet International’s big week is continuing with the launch of a US$55 million global content fund aimed at high-end drama projects. 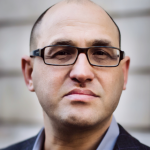 The launch of the fund comes a day after KI, the international arm of Israeli broadcaster Keshet, confirmed the acquisition of UK producer group Greenbird Media.

“We decided to launch this fund because we have seen heavy demand for more high-profile dramas across all key territories,” said KI CEO Alon Shtruzman (pictured). “Through targeted investments like these, we will be able to bring more great stories to life and help them travel throughout the world.”

The financiers’ interest is primarily based on the belief investment in high-end drama is largely uncorrelated to equity markets – meaning it is not prone to volatile market changes.

“We are constantly seeking the best investments with prudent risk reward profile and with low correlation to the capital markets,” said Dudi Schifter, CEO and owner of Arxcis. “We believe investment in KI will meet this criteria and will result in excellent returns with no correlation to the markets.”

“We view the KI fund as an opportunity to benefit directly, on behalf of our clients, from the impressive growth that the media market and the scripted content sector specifically are experiencing in recent years, as the result of the fundamental change that is occurring in global viewing habits and the technology advance media platforms which enable it,” said Amir Gil of Halman Aldubi.

There have been various funds launched in the past few years to finance the growing demand for high-end drama content.

Switzerland-based Silver Reel also has a €50 million reserve for television drama, and Atlantic Screen Media was in December seeking to raise £15 million for TV series, comic books and music scores.