The UK should look for options that will allow for continued ‘transfrontier broadcasting’ following Brexit, but will not remain part of the EU’s Digital Single Market, according to Conservative Prime Minister Theresa May. 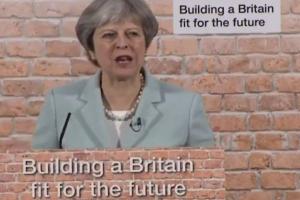 In her speech on Friday on the UK’s future economic partnership with the European Union, May addressed the ‘country of origin’ principle that currently allows TV companies based in the UK and licenced by regulator Ofcom to broadcast into any EU member state.

“The relevant directive will not apply to the UK, as we leave the EU, and relying solely on precedents will hurt consumers and businesses on both sides,” said the Prime Minister.

“We should explore creative options with an open mind, including mutual recognition which would allow for continued transfrontier broadcasting, recognising the enriching role that British broadcasters and programme makers play, not only in British – but more broadly in our common European – culture.”

On digital, May ruled out the UK’s future participation in the EU’s Digital Single Market (DSM) – a wide-ranging initiative designed to bring down barriers and unlock online opportunities across the EU.

Mobile data roaming is possible because of the DSM and from April new content portability rules will mean that Europeans will be able to fully use their online subscriptions to films, sports events, eBooks, video games and music services when travelling within the EU.

“The UK will not be part of the EU’s Digital Single Market, which will continue to develop after our withdrawal from the EU,” said May.

“This is a fast evolving, innovative sector, in which the UK is a world leader. It will be particularly important to have domestic flexibility, to ensure the regulatory environment can always respond nimbly and ambitiously to new developments.”

Responding to the speech, the UK’s Commercial Broadcasters Association (COBA) said it welcomed the importance May gave to broadcasting in her comments.

“We strongly support the Prime Minister’s recognition of the enriching role that UK-based broadcasters and programme makers have in European culture, and the importance for both the UK and the EU of maintaining a relationship that continues to enable the development and delivery of transfrontier broadcasting,” said COBA in a statement.

“COBA has consistently argued that broadcasters, like many other sectors, cannot wait until the cliff edge of March 2019 for clarity about the future relationship between the UK and the EU. It is now crucial for businesses and their employees in both the UK and the EU to have clarity on a transitional period as soon as possible.”

The UK currently claims to be Europe’s leading international hub for global media groups, with 1,400 channels based here – representing more than a third of all EU broadcasters. More than half of these broadcast to outside the UK.

In January a cross-party report on the impact of Brexit called for the UK government to provide an update on its progress in securing a new country of origin deal by the end of May 2018.

In Ofcom’s written evidence to the committee, Ofcom CEO Sharon White said the country of origin principle was “the biggest issue for our sector” and should remain in place after Brexit “so that media companies based here do not face new hurdles, or feel compelled to move their operations to another European country.”