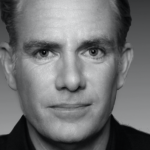 Flynn will report to Amy Powell, president of Paramount TV, which is a US production division within media giant Viacom.

In the position, Flynn will play an integral role in helping to identify and secure local formats, books and films as Paramount continues its build on its IP library.

Additionally, he will focus on bringing new and fresh voices to Paramount TV’s roster, with an emphasis on independent and foreign filmmakers.

Flynn joins Paramount TV from UTA, where he has served as an agent in the literary department since 2006. Most recently, he put together hit German thriller series Dark for Netflix.

“He will be a tremendous asset to our team as we work to disrupt the global content creation model, bringing the unique voices and storytelling of local creators to television audiences worldwide.”

UTA co-president David Kramer said: “Paramount TV is getting a tremendous executive in David Flynn. He’s been a great colleague at UTA for more than decade and integral in building our international business. We truly wish him the best and look forward to many years of continued work together.”