She will become regional syndication director for the UK and Northern Europe at the Time Warner-owned broadcaster and content group, marking the second time she’s worked at the company.

Duffield was previously VP of distribution and sales at FMI, where she developed new infrastructure for selling kids content into global market, brand building and overseeing the budget and strategy for all kids content.

She joins Turner effective immediately, and will oversee licensing deals of Turner’s kids and entertainment content from brands such as TNT, TBS, TruTV and Adult Swim in the UK and Nordics.

She will report to Pierre Branco, senior VP and general manager of Northern Europe, and work closely with VP of media distribution for Turner EMEA Humphrey Black.

This comes soon after the hire of France Télévisions kids TV veteran Julien Borde, who has become head of channels for kids and entertainment in France, French-speaking Europe, Africa and Israel.

“Joss brings a wealth of experience to this role, at a time of significant growth for our business in the region,” said Branco.

“Alongside our core channel business, we are continuing to develop new platform partnerships and innovative ways to exploit our rich programming inventory and Joss’ expertise will be vital in driving forward our strategy across these key markets”. 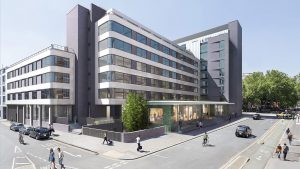 Turner recently revealed plans to move to a new office near Old Street in London (pictured).