France Télévisions should abandon its plan for a new subscription video-on-demand platform and transform existing linear channels into digital offerings, according to a confidential report prepared by the public broadcaster’s former programming chief, Xavier Couture. 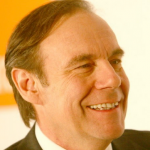 Couture (pictured), who recently left France Télévisions to focus on personal projects, prepared a report ahead of his departure in which he called for far-reaching changes to the structure of the broadcaster, which has been presented to director-general Delphine Ernotte.

Speaking to French financial daily Les Echos, Couture said that he did not believe in the plan to launch a new SVOD platform, one of Ernotte’s flagship projects, arguing that it is impractical to attempt to compete with global giants such as Netflix that invest billions in original content.

Instead, Couture recommended the creation of a free platform on the model of Hulu in partnership with other European broadcasters.

In addition to abandoning the SVOD platform, Couture said that France Télévisions’ portfolio of five linear channels plus a news service and a digital platform was too big. He said the broadcaster should contemplate transforming itself into a digital-focused platform first, with linear channels only one part of its offering to viewers.

Among other changes, Couture’s report recommends transforming channel France 3 over the next five years into a regions-focused social network that would also integrate French overseas media.

The report also recommends transforming France Ô, which currently features programming from overseas departments and territories for a metropolitan audience, into a sports service.

France 4 would retain its focus on youth-oriented programming while France 5 would be devoted to new original content, notably factual programming.