Facebook is set to bring in a drama-comedy starring and executive produced by Elizabeth Olsen (Martha Marcy May Marlene) as its latest original. 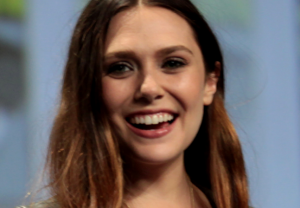 The plot of the show is yet to be revealed, but has been given a ten-episode order by the social media giant. Olsen described it as “dark, funny and complicated”.

The yet-to-be-titled series was created and written by Kit Steinkellner, who wrote Amazon Prime Video’s F. Scott Fitzgerald drama Z: The Beginning of Everything.

Lizzy Weiss is set to serve as showrunner.

James Ponsoldt (Master of None) will executive produce alongside the youngest Olsen sister. He will also direct the pilot and multiple episodes of the half-hour series.

Also executive producing are Robin Schwartz, Marc Turtletaub and Peter Saraf for Big Beach TV, which will serve as the studio.

Olsen said: “I couldn’t be prouder of the group we have brought together for this show. Kit’s story has been near and dear to me for years, and I can’t wait to share our dark, funny and complicated show with the world.”

This marks Facebook’s latest push into quality content for its Watch platform, which launched in August 2017, following investments in comedies such as Loosely Exactly Nicole and Strangers.