HBO is working with Pod Save America, a political podcast group created by former Obama staffers, for a series of hour-long specials that will follow the autumn campaign trail in the US. 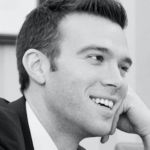 The podcast was created by Jon Favreau (pictured), Jon Lovett and Tommy Vietor, who made the deal with HBO via their Crooked Media company.

The trio will executive produce the series, also titled Pod Save America.

Pod Save America often features in Apple’s top charts and has been downloaded more than 175 million times since launching in January 2017, according to HBO.

The move follows a range of TV investment now going into podcasts, with Gimlet Media – a major podcasting house with titles such as Heavyweight, The Nod and Crimetown – recently launching its own TV arm.

“At a time when politics affect the lives of Americans more than ever before, Pod Save America has brought fresh and thoughtful voices to the discussion,” said Casey Bloys, president of HBO programming.

“We’re excited to share the irreverent and entertaining insights of these savvy observers with the HBO audience.”

“The best part of Pod Save America is taking the show on the road and meeting activists, candidates and people who are getting involved in politics for the first time,” said Favreau, Lovett and Vietor in a statement.

“They know that the 2018 midterms are the most important elections of our lifetime, and the energy and excitement on the campaign trail is infectious. We are so grateful that HBO is taking a chance on us, even though these live shows will have so few dragons and sex robots.”