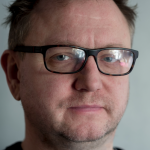 Bob & Co.-owned Woodcut is known for factual shows such as Jo Frost on Killer Kids, The Ivy and The Krays: The Prison Years.

At Avalon, Gordon developed and produced shows for UK and US broadcasters as head of features and daytime.

He also spent six years with the company as executive producer, working with Avalon-owned prodcos Flame Television and Liberty Bell on series such as Heir Hunters, The Nightmare Neighbour Next Door and A Town & Country Murder.

He has also worked on British programmes including Comic Relief Does Car Booty, Four in a Bed and Murdered By My Fiancé.

“Matthew is a highly respected and talented creative with an impressive list of credits,” said Beal. “He has established long-running relationships with commissioners and built an array of skills that we are confident will contribute substantially to the Woodcut team.”