France’s Gaumont is expanding further in Europe with the hire of Kudos executive producer Alison Jackson, who will launch of a UK office for the historic prodco. 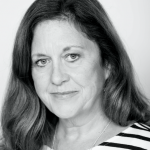 The division, which will be based in London, opens in August.

“The opening of our UK and German divisions signifies the continued expansion of Gaumont and are instrumental to our plan of developing and producing TV dramas in select territories around the world,” said Sidonie Dumas, CEO of Gaumont.

On an independent basis, she has also produced programmes such as There’s Only One Jimmy Grimble, Murder Rooms II and No Night is Too Long.

“With the demand for high-end scripted dramas at an all-time high, and with the incredible reputation of industry leader Gaumont, the oldest film company world, this is an exciting opportunity to work with some of the best talent in the UK and tell bold, ambitious, emotional stories that we are passionate about,” said Jackson.