A new all female London-based production company, Double Yay Productions, has been formed following a Kickstarter campaign to fund its debut project. 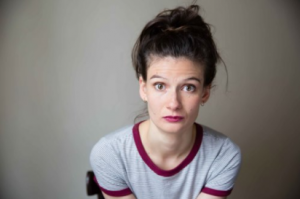 The prodco will release its seven-part series Nutritiously Nicola!, after the company exceeded its Kickstarter target to £16,000 (US$23,660).

The trio began working together after Bray developed Nutritionally Nicola!, originally a stage show that she performed herself, into a full length pilot.

Bray said: “We make comedy that’s not just for comedy’s sake. Our work features female leads who are kind of heroines – they may be messed up heroines, but they’re heroines you know.

“They’re a bit like us; a bit like you. It may be comedy about women, but it’s something that everyone will find funny. There is a serious undertone in our work – what we would call aggressive heart. Our work has a British sensibility with global appeal.”