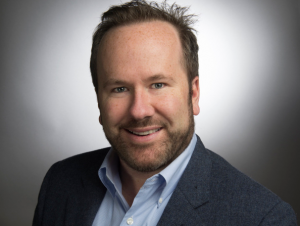 Last week, it emerged Montgomery was leaving ITV, where he has been since selling Leftfield Entertainment to the UK broadcaster in 2014, to launch a new venture.

Wheelhouse will comprise offices in New York and LA, focusing on talent-driven partnerships and ‘360 businesses’.

Montgomery (right) plans to invest in these companies, which Wheelhouse will manage through access to “a top-tier operations and finance team”.

Wheelhouse’s first production label, Spoke Studios, is launching in partnership with ITV America, who has a new CEO in the shape of David George.

Spoke will focus on “programming that spotlights extraordinary worlds, dynamic characters and human ingenuity” in the unscripted space. It will have offices on the East and West Coasts of the US, with a leadership team announced soon.

Montgomery described the creation of Wheelhouse as a “second act”, adding: “Incorporating everything I’ve learned and experienced as a producer, an entrepreneur, a CEO and an investor, Wheelhouse will concentrate on creating new and alternative business models specifically aimed at solving our clients’ cost challenges, while leveraging the changing and rocky media landscape we are all navigating.

“We will seek out and broker key talent partnerships that Wheelhouse also will invest in, helping to nurture and market a range of opportunities that fuel our talents’ goals and key businesses, both inside and outside of entertainment.”