Brent Montgomery is exiting his CEO spot at ITV America to create a new entertainment company. 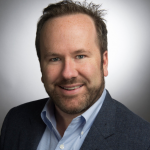 David George will succeed him at ITV’s unscripted US arm, having previously been president.

Montgomery has led ITV America as chief executive since 2015, having sold the production group he created, Leftfield Entertainment, to ITV for an initial US$360 million a year prior.

His new venture is due to be announced “in coming days”, but it is known it will focus on content and talent “around which it plans to create and build ‘360’ businesses”, and that it will be in business with ITV in some capacity.

Ed Simpson, currently executive VP of business development and international for ITV America and a former Leftfield boss, will join Montgomery at the new firm.

George is a former CEO of Leftfield who took on his president role at ITV America last year. He takes on the chief executive post immediately, with Montgomery remaining at the firm for the next six months as a strategic adviser.

“While I couldn’t be happier to embark on my next entrepreneurial chapter, leaving the hardworking, supremely talented and genuinely amazing people of ITV America, and what we created together, was the most difficult decision of my career,” said Montgomery.

“Now, as I look to build and grow a new company, I am thrilled to continue to partner with ITV America – the best in the business and whose great fortune it is now to be led by my longtime partner David George. He took Leftfield Pictures and made it better, he took Leftfield Entertainment and grew it, and I expect nothing less at ITV America.”

“I fully understand Brent’s decision; he’s an entrepreneur at heart and this move takes him back to what he loves doing most,” said Julian Bellamy, managing director of ITV America parent ITV Studios.

“I would like to thank Brent for being a fantastic leader of ITV America and I’m delighted he will be partnering with us in his new venture. Brent hands over a business in great shape with an exceptionally strong team behind it. It’s a testament to his leadership that we are able to appoint a new CEO from within the group.”