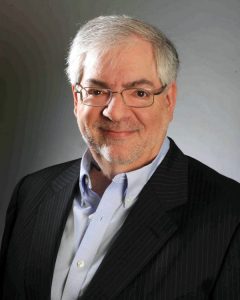 Switzer passed away peacefully yesterday in Toronto with his family by his side, and tributes have been rolling in from all corner of the North American and international TV industries since then.

His mother, Phyllis Switzer, co-founded CityTV in 1972, at which point he joined the channel as a switchboard operator before climbing the ranks and eventually becoming chief executive of its parent company, Chum, which is now part of Bell Media.

He stepped down after what was then CTVglobemedia (since assimilated into Bell) bought Chum for US$1.3 billion in 2007, and then served on the board of Glassbox Television (now part of Blue Ant Media), Shaftesbury Films and OUTtv.

Hollywood Suite co-founder and president David Kines said: “On behalf of the staff, directors and investors of Hollywood Suite, we want to express our most heartfelt condolences to Jay’s wife, Ellen Dubin, and the Switzer family. Jay was a supportive and encouraging leader whose commitment and belief in the mission and people of Hollywood Suite never faltered, despite the many headwinds facing the broadcast business. His certainty in our success will be sorely missed by both myself and the staff and our industry.”

Another Hollywood Suite co-founder, Catherine Tait, paid tribute to his “unwavering” support for women. “He tirelessly promoted and encouraged so many of us – and we hold him in our hearts forever, in gratitude,” she said.

His passing is the second recent death to shock the Canadian broadcasting industry, coming after former Shaw Communications CEO Jim Shaw died aged 60 earlier this month after a short illness