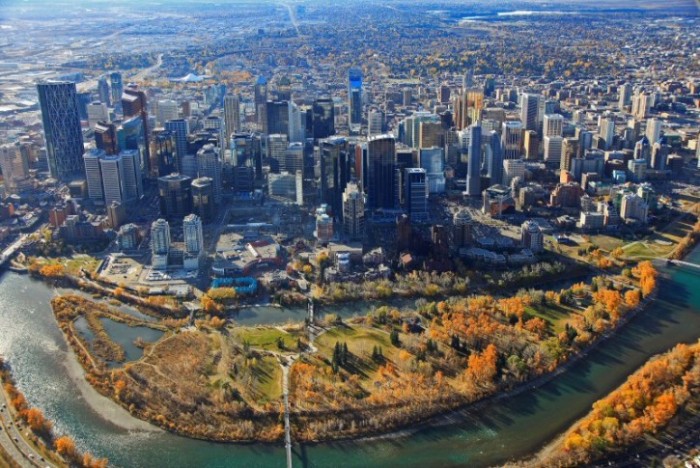 Shaw’s office from above

The company confirmed his passing yesterday after a short illness.

“As a family, our hearts are heavy with sadness,” said his younger Brad Shaw, who has been Shaw CEO after replacing Jim in 2011. “I have not only lost a brother, but a great friend and mentor. Our lives will not be complete without hearing Jim’s laughter or getting the benefit of his counsel or his insight.”

Having joined his family business in 1982 as a construction worker and cable installer, Jim Shaw rose through the ranks to become CEO in 1998. He held the role until 2010, at which point he was also vice chair of the board.

Calgary-based Shaw Communications described him as a “master company builder”, as revenues grew from C$646 million (US$516 million) a year when he became chief exec to C$3.7 billion when he stepped down.

He also oversaw a number of strategic acquisitions and an important assets swap with Rogers Communications for territory in Vancouver.

Edward Rogers, chairman of Roger Communications, said in a statement this week: “We have known Jim for many years and we are truly saddened to hear about his passing. We would like to extend our sincere condolences to Jim’s family, friends and to everyone at Shaw. Jim was a brilliant man and a fierce competitor.

“He was a confident entrepreneur who had a transformative and lasting impact on the Canadian cable landscape. He will surely be missed.”

“Jim’s countless contributions to our company are integral to Shaw’s long-term strength and growth as a Canadian industry leader,” said Brad Shaw.

“As an operator, a deal maker and a strategist, Jim continued building the foundation started by our father, JR, to create a Canadian business leader and household brand across Western Canada.”