Walter Presents heads down The River

On-demand service Walter Presents has acquired rights to new Norwegian drama The River in the UK, US and Australia. 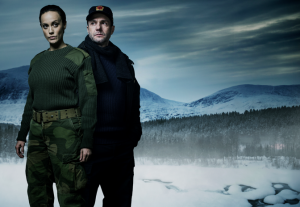 Canal+ in Poland, ZDF in Germany and Yandex in Russia have also bought the 8x60mins series, which UK-based DRG launched at MIPCOM last year.

The River is based on real events and set in a close-knit village, and follows an outsider battling against local residents, who appear determined to keep the truth about their past and to obstruct investigations into a dead boy and a murdered girl.

Walter Iuzzolino from Walter Presents called the thriller “an outstanding new Nordic series – dark, elegant, and utterly compelling and its setting on the border between Norway and Russia brings a powerful and unusual narrative edge to the story”.

“This is an A-list piece, which takes the Scandi genre to a new height,” he added.

Walter Presents, the Channel 4-backed on-demand service focused on foreign-language drama, has taken rights to each of the territories it operates in – the UK, US and Australia.

Another DRG-sold Scandi drama, Veni, Vidi, Vici, has gone to SBS in Australia. The Viaplay original, about a pretentious move director forced to direct adult films in order to make a comeback, has already sold to Hulu in the US.

Serial killer drama Monster has gone to YLE in Finland and Kino Polska in Poland, adding to deals already closed in SBS, Canal+ in France and Starz in the US.