Kiwi prodco NHNZ has hired ex-Discovery exec Liz Brach in a newly created VP of production and development position in the US. 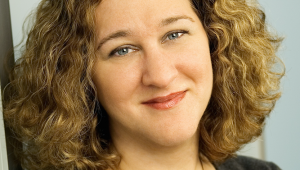 Brach will oversee editorial development and production of new projects made for the US market, including National Geographic Channels, Animal Planet, Discovery Network International, PBS and streaming platforms including Love Nature, Netflix and Facebook Watch.

Brach will report to NHNZ managing director Kyle Murdoch, and have a close working relationship with its head of development, sales and marketing, Anya Durling.

She will operate out of Silver Spring, Maryland in the US, where Discovery is currently based (though it is planning to move its headquarters to New York after completing its takeover of Scripps Networks Interactive).

Prior to leaving Discovery in April 2017, Brach oversaw development of global series and specials including Rise of the Warrior Apes and Everest Rescue. She worked as senior director of programming and development for Discovery Channel on the international front for three years.

“We were lucky enough to work with Liz on a range of projects while she was with Discovery and we feel that Liz along with Sarah Hume, NHNZ’s US-based executive-in-charge of production, make the foundation of a team that can find and deliver incredible content,” said Murdoch.