The exact size and cost of the deal was not revealed, but the agreement does show Chinese firms are still in the market for Hollywood assets.

The Chinese government has seesawed on its approval of foreign acquisitions, while Donald Trump’s Republican administration has been openly hostile to Chinese investment in the US. 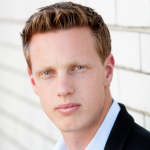 However, Skydance and Tencent have no such problems. “We are thrilled and honored to be entering into a strategic partnership with Tencent, whose global reach and position within the Chinese marketplace is truly unmatched,” said David Ellison, founder and CEO of Skydance (pictured right).

“Skydance has experienced a tremendous amount of growth since our inception in 2010, and we’re excited that our next phase of expansion will be in partnership with a company that shares our vision for where entertainment is heading.”

Skydance is best known in TV circles for Netflix comedy Grace and Frankie and is soon to debut sci-fi drama Altered Carbon (pictured above and below) on the SVOD service.

It also produces Amazon’s Jack Ryan, AMC’s upcoming Dietland and Audience Network’s Condor, along with movies such the next Mission Impossible vehicle, Will Smith’s Gemini Man and James Cameron’s next Terminator effort. 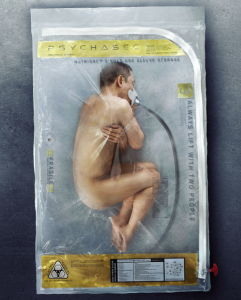 The company also owns the rights to US franchises such as Star Trek, G.I. Joe, World War Z and Top Gun, and in 2016 raised some U$700 million for productions and expansion of its international arm.

For Skydance, the deal means it can push heavily into lucrative Asian markets, while Tencent can now co-finance features films and TV shows, and will sell associated merchandising in China.

“We believe this partnership will support Skydance’s expansion internationally, across media and into television production, and provide Tencent with attractive content that we can share with China consumers.”