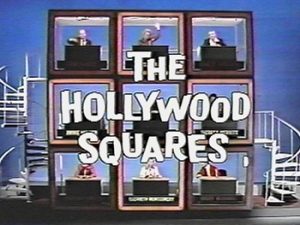 The series is hitting the localmarket through boutique content house Morris Street Advisors, which acquired the format from distributor CBS Studios International.

The Indian version, shot in the Telugu language and which will be known as Tollywood Squares, debuts locally on January 27. It will run to 26 episodes.

The news is a boon for Morris Street, which recently saw another US client, Lionsgate, end their relationship ahead of the launch of Lionsgate India.

Asian VOD service Viu, meanwhile, is hungry for international formats. In December, it commissioned an adventure reality series, I Can You Can, from BBC Worldwide India.

GroupM-owned Motion Content Group is also attached to the project.

The Hollywood Squares format dates back to 1965 and is based on the game of Tic-tac-toe. It features a 3×3 vertical stack board of open-faced cubes, each of which a celebrity facing contestants occupies.

The stars answer questions from a host and the contestants have to decide if they are telling the truth. The player that gains squares in the right pattern wins the contest.

US broadcaster CBS has often delved into its classic TV catalogue as an option for international networks. It 2015, it sold rights to scripted series I Love Lucy to MTG’s Latvian broadcast arm in one recent example.

“At Viu, our constant focus is to bring refreshing narratives and exciting new formats that appeal to the millennials,” said Vishal Maheshwari, country head of Viu India. “Our insights gave us the belief that a format like this, which is iconic in its own right globally, would be a timely new addition to our bouquet of differentiated content.”

Roxanne Pompa, VP of international formats at CBS Studios International, said: “Hollywood Squares has had success in many countries around the world, and we’re convinced it will appeal to viewers in India. We are thrilled to be working with Morris Street Advisors to bring this iconic game show format to Indian audiences.”