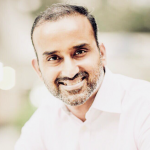 The launch of Lionsgate’s Mumbai base comes on the back of significant revenue growth in India over the past three years, primarily through Hindi-language film Brothers.

Jain has been named managing director of Lionsgate India, with sales agent Rohit Tiwari of Morris Street Advisors moving “to a consulting relationship” as a result.

It will also work with local prodcos on original theatrical releases, and explore investment opportunities across the Indian media market.

Jain has helped direct-to-home TV provider Videocon dh2 grow from a start-up to a company with annual revenues of over US$1 billion and through a recent merger with Dish TV India.

He has also worked at Aon, PricewaterhouseCoopers and Deloitte. “India is the next logical frontier for Lionsgate’s multiplatform content creation, marketing expertise and digital initiatives,” said Jain.

“We’ve been focused on the enormous opportunity created by the Indian marketplace for years, and Rohit checks off all the boxes as the right executive to lead our business there,” said Lionsgate CEO Jon Feltheimer.

“Lionsgate brings to this territory a global content platform, an entrepreneurial mind set, and the agility of a next generation digital age company.  Rohit is ideally qualified to leverage these strengths into accelerating growth and new business initiatives in the years ahead.”

Lionsgate, which primarily operates in the US and Canada, and recently expanded its UK operation through a series of acquisitions and production deals in the TV and movie spaces. A Chinese base is also operational.