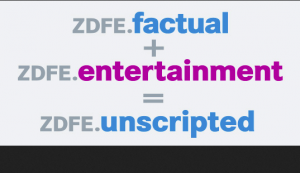 Rückauer, who previously led factual, is in charge of the merged division, with entertainment boss Sylvia Brucker remaining focused on that genre within the bigger group.

This comes after ZDFE’s long-serving president and CEO, Alexander Coridass, retired at the end of last year after 25 with the business, which is the commercial wing of German pubcaster ZDF.

Fred Burcksen, who replaced Coridass, said: “This optimised structure will offer our national and international customers and business partners even better service with well-known quality and proven contacts.

“We will consolidate our position in the market and continue to develop ourselves under the brand ZDFE.unscripted.”

The new division’s programming includes formats such as Wanna Bet?, Quiz Champion and Cash or Trash, plus high-end docs including Big Pacific, The Story of Europe and Size Matters.